You are here: Home / Resources / Birmingham before the 20th century

In the 18th and 19th centuries there was significant population migration to Birmingham coinciding with major industrialisation. Birmingham was known as “The City of a Thousand Trades”. 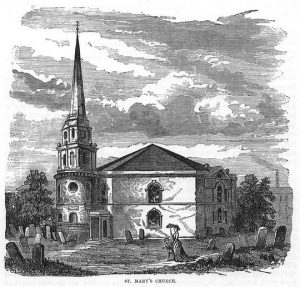 entre of the city was a mixture of houses and small (by modern standards) factories. Immediately to the North of the city centre were the Jewellery Quarter and the Gun Quarter, which comprised many hundreds of very small manufacturing premises with living accommodation above. 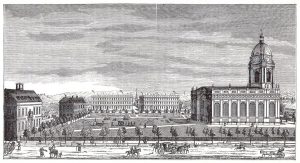 Many of Birmingham’s inhabitants lived in back-to-back houses.  These had a ‘front’ with the door and windows, and the back wall was shared with the adjacent house. The back-to-back houses that did not face a street were often built around a ‘Court’ (courtyard) in which were the wash house, lavatories and a water pump or tap. Access to the courtyard was sometimes via a covered alley, over which were the upper floors were built. 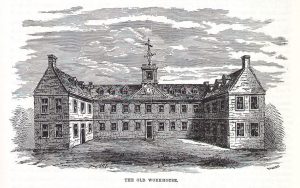 The oldest church is St Martins where the parish registers start in 1553.

In common with all large towns and cities there were a number of Workhouses, sometimes incorporating an Infirmary or Asylum.